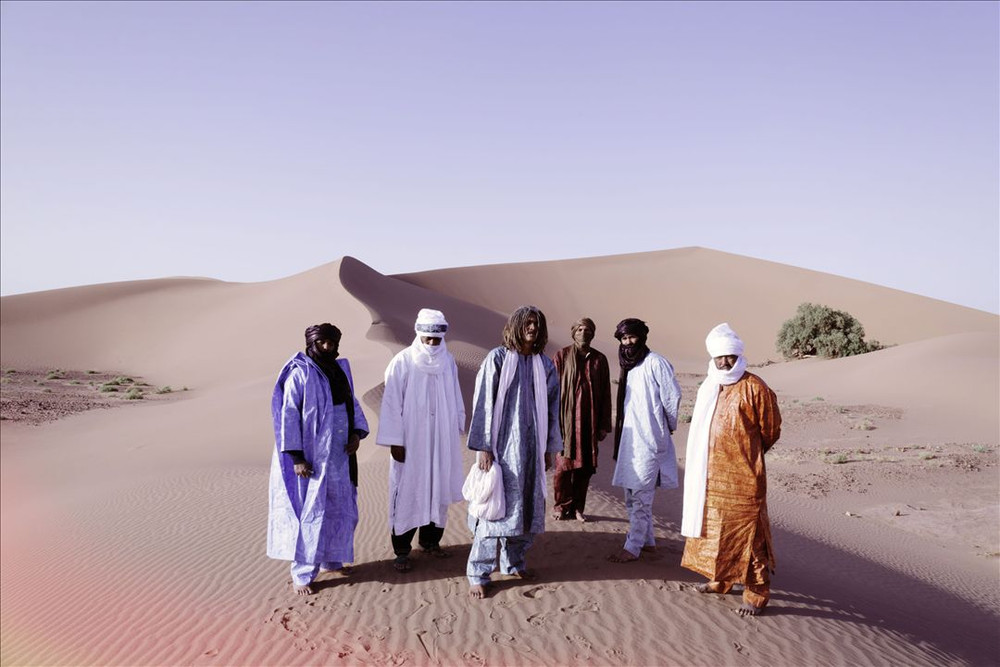 Listen to Tinariwen – Timadrit In Sahara (03.86 min) on spotify.

Timadrit In Sahara can be found on the album Emmaar

Tinariwen (plural of ténéré “desert”) is a band of Tuareg-Berber musicians from the Sahara Desert region of northern Mali. The band’s fifth album Tassili, released in 2011, won the Award for Best World Music Album at the 54th Grammy Awards.