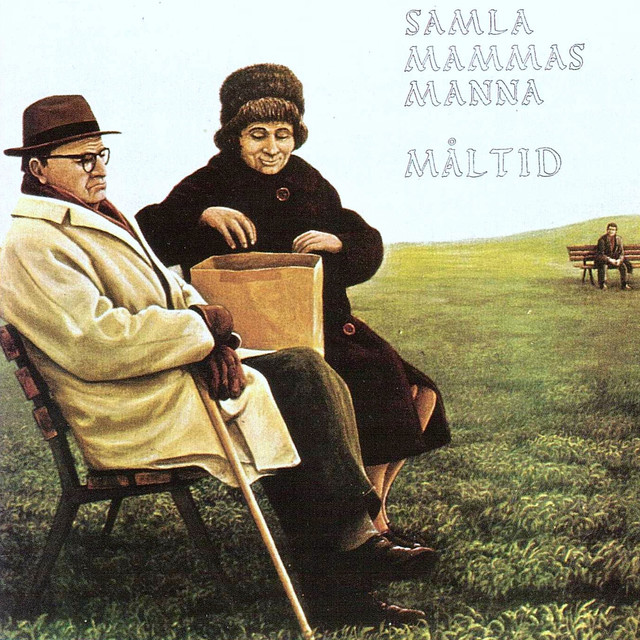 Folkvisa I Morse can be found on the album Måltid

Samla Mammas Manna was a progressive rock band from Uppsala, Sweden, formed in 1969 by Lars Hollmer, Lars Krantz, Hans Bruniusson, and Henrik Öberg (“Bebben”). The band was often characterized by its virtuoso musicianship, circus references and silly humour, similar in many ways to the song-writing styles of Frank Zappa. They were part of the original Rock in Opposition movement. Guitarist Coste Apetrea joined in 1972, later to be replaced by Eino Haapala. Read more on Last.fm