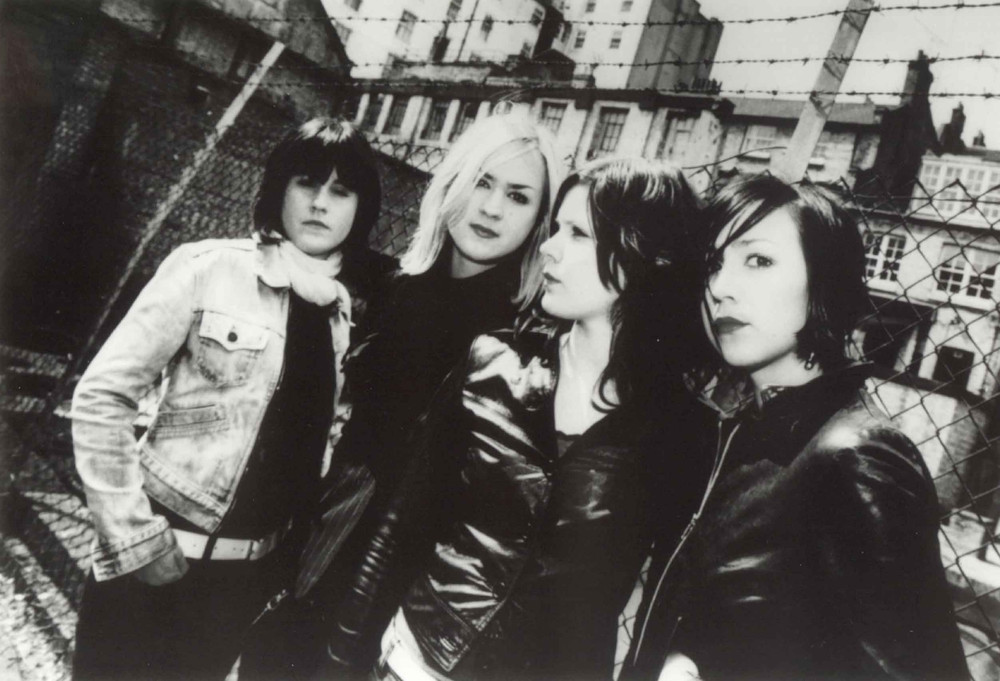 Listen to Sahara Hotnights – Cheek To Cheek (03.26 min) on spotify.

Sahara Hotnights is a rock group from Robertsfors, Sweden whose music includes elements of garage rock, power pop and punk.

They began playing together in 1991, before they were even in their teens, eventually winning a “battle of the bands” contest in 1995. On the back of their debut EP Suits Anyone Fine they became a live favorite around Sweden in 1997. A debut album (C’mon Let’s Pretend) followed in 1999, and the band made inroads in Europe and the US with Jennie Bomb in 2002. Read more on Last.fm